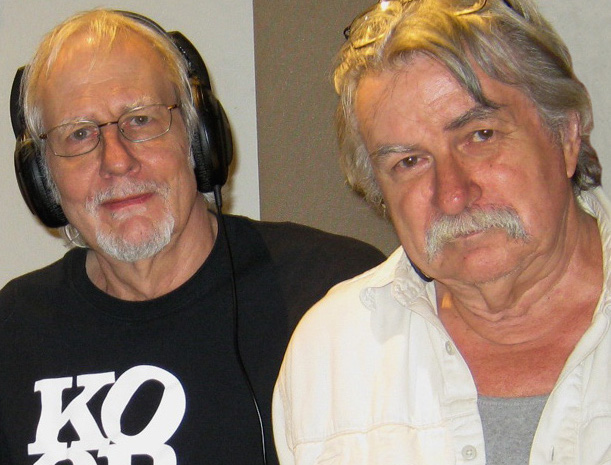 Thorne Dreyer's guest, Carl Davidson, is a leading leftist thinker and political organizer and longtime friend and colleague -- and every year or two we ask him to meld minds with us, hoping he might have a better handle than we do on what's going on in this crazy world.

What did Carl want to talk about this week?

"What's on my mind? That's a dangerous question. Trump's Meltdown and the dangers with it, trying to find a good handle to engage the Next Left with solid revolutionary education, the new book Ramp Hollow, which does a wonderful neo-Marxist analysis of Appalachia, the Netflix series Babylon Berlin which I binged thru, and the new film The Young Karl Marx, which you MUST see!"

And we cover a lot more than that!

Carl Davidson is co-chair of the Committees of Correspondence for Democracy and Socialism, a national board member of Solidarity Economy Network, and a member of the Democratic Socialists of America. He was the founder of the Online University of the Left and is a local Beaver County, Pennsylvania, member of Steelworkers Associates. Carl works with the Progressive Democrats of America and was a founder of Progressives for Obama. Carl is the author of several books, is a contributor to The Rag Blog and a frequent guest on Rag Radio, and also blogs at Keep On Keepin' On. In the 1960s, Davidson was a leader of the New Left, serving as Vice President and National Secretary of the Students for a Democratic Society (SDS), and was a writer and editor at the (U.S.) Guardian newsweekly.Photo above: Rag Radio host Thorne Dreyer, left, and Carl Davidson in the KOOP Radio studios during an earlier interview.Rag Radio is produced in the studios of KOOP 91.7-FM, an all-volunteer, cooperatively-run, solar powered community radio station in Austin, Texas, in association with The Rag Blog and the New Journalism Project, a Texas 501(c)(3) nonprofit. It is streamed live on the Internet at KOOP.org and Radio Free America. The host and producer of Rag Radio, Thorne Dreyer, is a prominent Austin-based activist and writer who was a pioneer of the ’60s underground press movement. The show’s engineer and co-producer is Tracey Schulz and the staff photographer is Roger Baker. The syndicated show is broadcast (and streamed) live Fridays, 2-3 p.m. (Central) on KOOP, and is later rebroadcast and streamed on WFTE-FM in Mt. Cobb and Scranton, PA., on Houston Pacifica's KPFT HD-3 90.1, and by KKRN, 88.5-FM in Round Mountain, CA -- and as a featured podcast at Veterans Today. Learn more about Rag Radio here.